UK based artist Martyn Thompson has been creating large scale and complex photo collages since he was an art student back in 2005. He is an experienced artist, photographer and curator, having held exhibitions in Europe, Asia and North America.

Martyn’s creative process involves gradually adding individual fragments to construct entire forms and spaces. This photo collage technique has been refined over the years, with landscapes and the human form providing the subject matter in his bodies of work ‘Immersive environments’ and ‘Skinned’ respectively.

His works draw viewers in to engage with the piece, by building the scenario for the visitor to experience, rather than simply see. With inspection, small irregularities, such as a character appearing twice, or the leaves of a tree moving between frames, become apparent. The amalgamation of individual snapshots transports the viewer to the location depicted, more similar to a video clip than a photo, alluding to the passing of time. 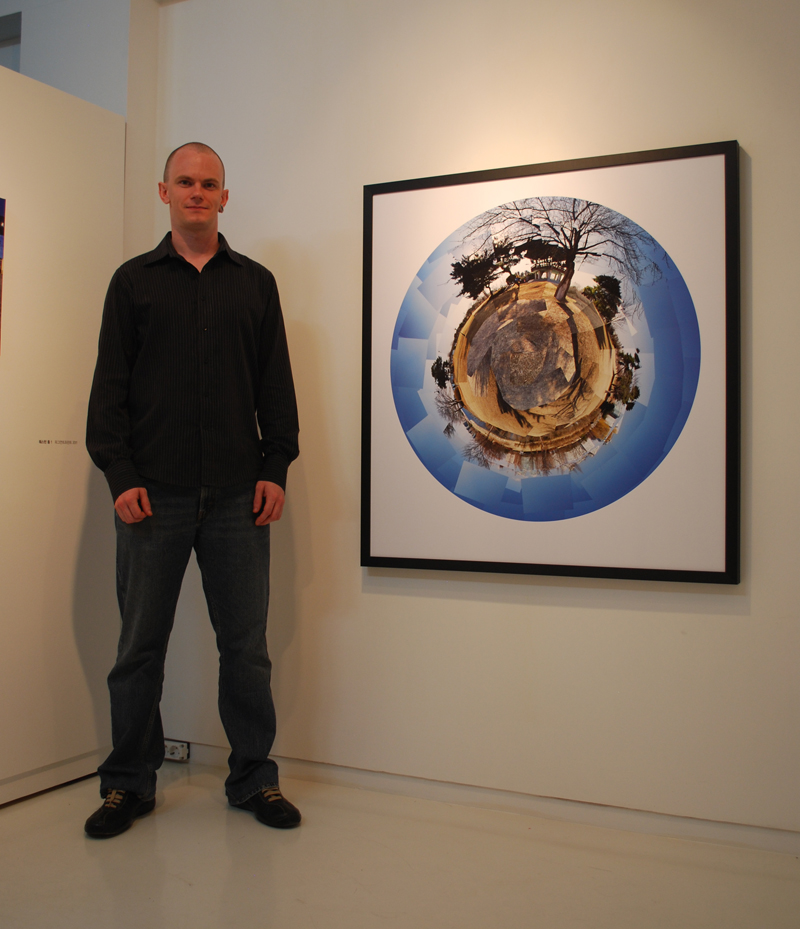