From My Point of View

My fascination with immersive environments came about when I was studying at Northampton University, where I researched various ways in which artists had captured space and time, from cubism, to futurism, up to modern day use of 3D stereoscopic glasses, as well as many forms in between. Running concurrently with these studies, my practical work began to form a strong link between the world we live in, and the environments I passed through on a daily basis. I had begun depicting this, by developing a method of documenting my surroundings, with the use of multiple video cameras, from which the captures were digitally rendered to form semi-abstract videos.

When I moved to Korea in 2007, the computer I had with me didn’t possess the power to render these videos, so I began creating photographic montages in order to encapsulate the viewer within the piece of work.

As well as the visual aspect of the work, I try and engage the viewer’s other senses to make it more experiential, setting the tone, encouraging sounds and smells to come to life and adding depth in the texture of objects. When I view my work, I feel the difference between each of the surroundings, whether it the fresh air of spring, the stark contrast in textures in the mountains, or the impeding skyscrapers looming above me along a busy street.

The passing of time becomes apparent, upon closer inspection of the work, where the viewer can notice subtleties between the individual frames of the composite, such as the wind moving a flower, or a person walking in the distance, trapped in motion between several panels of time. Small narratives start to emerge, when one follows the path of these people, and nature fills in the details.

Each piece is created to try and allow the viewer to experience a snapshot of my memory, by pulling them from where they are and temporarily locating them in the place I once stood. 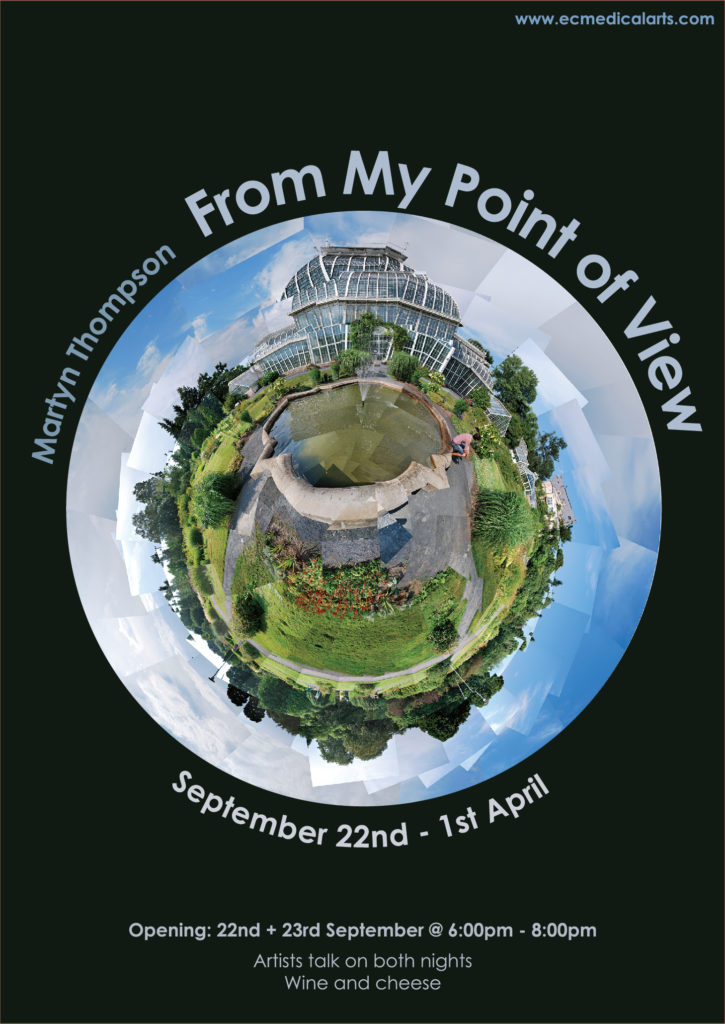 The following works also appeared in

From My Point of View: